skip to main | skip to sidebar

The First Half of December

December started out like this. I think he thought that my mascara was war paint... 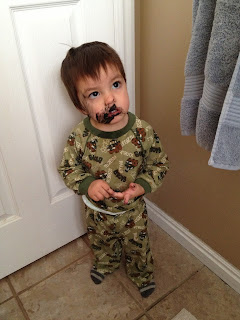 ...aaanndd a week later, Jason discovered that permanent marker also makes excellent war paint. Aaahhh!! But he was SO proud of himself! 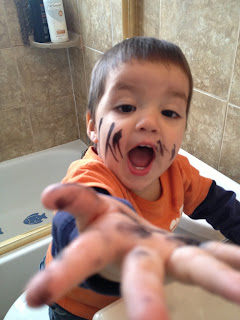 Since we were moving in the middle of December, we didn't put up a Christmas tree in our old house.  We opted for a paper one instead! 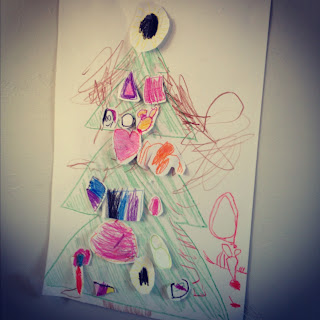 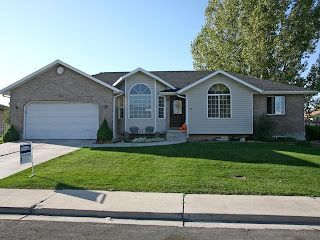 It was perfect! A rambler with 6 bedrooms and 3 bathrooms. Right in Orem, super close to Dan's work.  We felt so good about it! We had it inspected and the results came back great.  The appraisal, not so much. It came back $20,000 lower than the price they were asking. The sellers also weren't willing to lower their price.  Ummm, okay. Where were we going to come up with an extra $20k? And who wants to buy a home to be immediately upside down in it?!! My heart was so sad, but we knew we had to walk away from it, this house that had seemed so perfect to us. Not only that, but we now only had 2 weeks to find a new house and close on it. How could that even be possible?!!
Insert miracle here... somehow, we did it.  We decided to look a little further south, in Springville. There were a few different options, but this is the one we went with.
Welcome to our REAL new home. 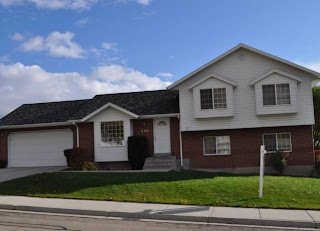 It really is amazing how everything fell into place. We were only under contract on this place for a week and a half before closing on it and moving in. We actually attended an activity in our new ward before closing, just to check it out and be sure.  It's really hard to move as a stay at home mom, because you kind of have to uproot everything you know and start over.  I felt so nervous, wondering if I would like my new ward and if I would be able to make new friends. I can remember praying as we drove down to this Christmas activity, "Please, let me feel comfortable and know that it is going to be okay." I was literally begging my Heavenly Father to help me know that we were in the right place and that I could do this.  Well, we walked in to the church and a cute lady and her kids walked in behind us, and she said, "Are you the Smiths?!" She was our next door neighbor and we had already met her husband during the home inspection. It was so nice to have someone friendly know our names.  Then later on in the activity, someone pointed out a man that was from Reno, just like us.  Wouldn't you know it, it was the father of a couple of girls I had grown up with in my home stake.  I wanted to cry, it made me feel so good! We were going where we were supposed to be.  And the few months that we've been here has really confirmed that.
Anywho, December 14th, moving day! It was busy and crazy, but we made it through.
A picture of our little family in front of our first home together. 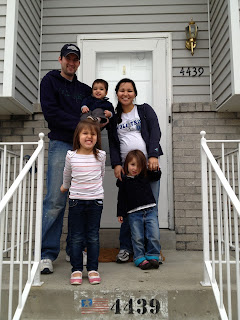 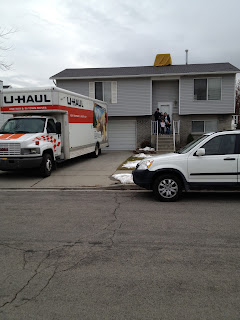 Posted by karlamsmith at 3:15 PM 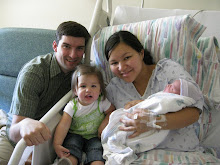 karlamsmith
Wife. Mom. Daughter. Sister. Niece. Aunt. Friend. Whatever role I play to you, I'm glad you're here to be a part of our lives.